The secret lives of swifts

Swifts epitomise British summertime with their screaming flight. But as fewer of these miraculous birds return to our skies each year, Sarah Gibson reveals how we can help them

Swifts are not the quietest birds. Nor are they given to skulking in the undergrowth. They live their entire lives in the open air, scything past on crescent wings, often making piercing screeches. Yet, like many people, I never used to notice them.

There had been swallows nesting in a barn near my old home in the Welsh borders. I’d see them swooping over the stable door, beaks stuffed with insects for their chicks. Later, I’d watch the fledglings practise flying in the safety of the barn. When I moved to a nearby market town, I missed that closeness… until I found swifts.

There was a pair nesting in the eaves of the house next door. They would storm down the narrow gap between the buildings with a rush of wings, and perform a handbrake turn to enter their nest hole. Blink and you’d miss them. Sitting in the garden on fine, still evenings, I watched them gliding through the air, snapping up insects, until the light drained from the sky and the first bats emerged.

Life on the wing

Swifts are incredibly aerial birds, living entirely on the wing for years at a time, rarely touching ground for even a moment. They catch all their food in the air: aphids, flies, spiders, beetles, mayflies; even small moths and dragonflies, whirled into the sky, carried on the wind. Swifts drink and bathe, sleep and even mate on the wing.

Swifts spend most of their lives in Africa, but they journey thousands of miles to breed in a vast swathe across the world, from the westernmost fringes of Europe, eastward to China. Around the globe there are estimated to be somewhere between 95 million and 165 million of them sailing across the skies, justifying their English name of ‘common swift’.

You may wonder why these well-travelled birds come to the UK when so many of our summer days are rain-soaked, making it difficult, you might think, to catch the insects they need to feed their young. The answer must be that, apart from the occasional particularly bad year, it works for them – and has done for millions of years. In fact, our northern summers have a great advantage for swifts and many other kinds of insectivorous birds – long daylight hours, which enable them to forage for 16 hours a day at the season’s peak.

Swifts have several unusual adaptations that enable them to cope with our bad weather. The eggs and chicks of most small birds are vulnerable to chilling, so extended forays by the parent birds to feed themselves during incubation and brooding can cause the nest to fail.

Swift embryos, by contrast, are resistant to cooling, except at the start of incubation. Chicks can become torpid (a state of lowered metabolism) to conserve energy, enabling the parent birds to feed elsewhere, until the weather improves. Once they are a few weeks old and have
fat reserves, swift chicks can survive several days without nourishment, greatly enhancing their chances of fledging in variable weather conditions.

Swifts make their nests in crevices in walls, under roof eaves or inside pantiles
(S-shaped roof tiles). Gathering materials takes time – all the feathers, wisps of grass, tree seeds and flower sepals must be found on the wing, blowing about in the air. Inevitably, scraps of plastic are now often found woven into the nest, a shallow dish that is glued together with the birds’ saliva.

Finding a nesting hole is the most crucial thing a swift has to do. Most individuals do not breed until their fourth year, but the young birds still make the migration journey and start looking for a safe, dark hole. Once they have found one, the young birds pair up and start to bring in feathers and other nest materials.

The apparent joie de vivre of young swifts is breathtaking. You hear them before you see them, screeching over the rooftops in gangs of seven or eight, racing circuits around buildings. As the poet Ted Hughes put it:

Their lunatic, limber scramming frenzy
And their whirling blades
Sparkle out into blue

Hughes also wrote the much-quoted lines about the swifts’ return:

They’ve made it again,
Which means the globe’s still working,
the Creation’s
Still waking refreshed, our summer’s
Still all to come

This anxiety about whether or not ‘our’ swifts will return each May is something most swift-watchers can relate to, but concerns have escalated since Ted Hughes’s poem was published over 40 years ago, with a massive and alarming 57% decline in numbers in the UK recorded between 1995 and 2017.

For thousands of years, swifts have lived alongside us, because the homes and other buildings we constructed for ourselves have also suited them. Today though, we are making it much harder for these birds to survive. Reduced abundance of insects is highly likely to be a factor – many other species of insectivorous birds are also in decline – but swifts are also up against a catastrophic loss of nesting cavities. Renovation of old buildings almost always results in access to their holes being blocked, while new housing tends to be sealed completely against nature. Modern building materials, such as plastic soffits (part of the eaves), offer little potential for future weathering and gaps opening up. We need to accommodate nesting swifts – and urgently.

Thankfully, an inspirational movement of swift champions is coming to the rescue across the UK. Around 90 small groups are taking action locally. They run surveys to find swift breeding sites, work to prevent nesting holes from being blocked, install nestboxes, share information and help raise awareness through walks and talks – all with the support of their communities.

Several of these groups work in partnership with their regional Wildlife Trusts, which are perfectly positioned to assist grassroots action, such
as nestbox schemes in church belfries and public buildings. The Wildlife Trusts also advocate the use of swift nest bricks – and nature-friendly green spaces – in new housing developments. Several Trusts are campaigning directly with local authorities and working with planners to get the installation of swift nesting bricks (a brick with a hole behind which a nest box is fixed) written into local planning policy and building conditions.

North Wales Wildlife Trust is particularly active on behalf of swifts. Ben Stammers, the Trust’s people and wildlife officer, is passionate about the birds and, since 2014, has raised funds to install more than 300 nestboxes on schools, houses, university buildings, a community pub, a doctor’s surgery, a theatre and a chapel in the area. More than 60 people have been trained as surveyors and, so far, 100 swift records have been submitted to their database. Dozens of talks, walks and other events have engaged more than 1,000 local people.

Ben sums up what it means to him: “Seeing joy in people’s faces when they watch swifts on their own patch is so uplifting. I hope swifts can become an inspiration for how we can share our living space with wildlife, to the benefit of us all. If we can’t find ways to help a species as
fascinating and charismatic as the swift – and one so dependent on us – what  hope is there?” I feel sure that’s a sentiment we can all agree with.

Swifts & Us: The life of the bird that sleeps in the sky by Shropshire Wildlife Trust’s Sarah Gibson will be published by William Collins in April 2021. 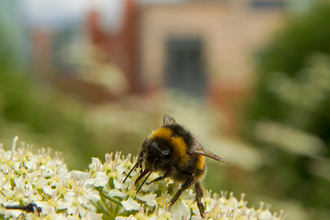 Wildlife Trusts across the UK have a strategy to expand the area of land where nature can flourish by 30%. We have been drawing up plans… 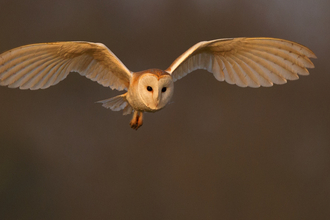 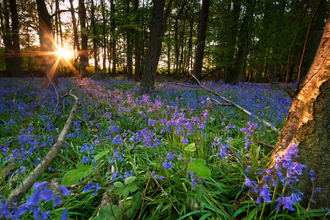 One of the few good things to have come out of the Covid-19 lockdown is the response of people to nature.

The house martin is a common summer visitor to the UK, arriving in April and leaving in October. Sarah explains more about them below:…

We’re living through an unusually stressful time, and many of the common coping mechanisms that people use – meeting with family,…

Holly is currently on a traineeship with us, monitoring wildlife across Shropshire.

In her inspiring blog, she describes how…