https://twitter.com/LYR_Shropshire
https://www.facebook.com/LYMag7/
Whatever the weather, healthy rivers are always bursting with wildlife. Take a look at why rivers are important and what amazing wildlife can be spotted in and around them by reading this months River Reflector. Also find out how you can do your bit for our rivers by getting involved in our annual Love Your Magnificent Campaign.

Importance of rivers and its river life

Freshwater habitats are arguably one of the most important natural features on our planet. They make up 2.5% of all water on earth and support more than 100,000 freshwater species.  Not only do they make our landscape beautiful and vibrant, they also provide us with water for drinking, growing crops, manufacturing, energy and transport. However, they also do much more. They are rich with wildlife – everything from nibbling midges to darting kingfishers, they are a place to go for tranquillity and peace, a welcoming host for an array of activities such as swimming, canoeing and fishing.

This month we are celebrating our amazing river life including birds, invertebrates and elusive mammals. The county of Shropshire has over 3,846 miles of water course from the tiniest of brooks to the mighty Magnificent Severn. Every mile of it provides a home for thousands of species. Below we have listed some of our common and rare species that you can look for next time you are out and about in our Shropshire rivers.

After wintering in the south of the Sahara, these agile fliers cross desert and sea, arriving on our shores by early March. They are one of the first summer migrants to return. The buzzing call of a Sand martin flying over the gravel pits and rivers is one of the first signs of spring. They nest in burrows excavated in sandy banks and cliffs and from there they form dense colonies while they raise their young, feeding them on tiny flying insects such as mayflies and midges. By the end of the summer, the young birds have fledged and the sand martins gather together with other swallows and martins, ready to make the long journey back south again for the winter. The excavated sand mountain at Wood Lane, Shropshire is a fantastic nesting place for sand martins, with up to 500 pairs nesting each year.

The Kingfisher is a colourful bird of rivers and streams with a short tail, rounded wings and large head. It can be spotted sitting quietly on low-hanging branches or flying low over the water. Kingfishers breed around February to April near lowland watercourses and lakes that have suitable banks for burrowing nests and shallow edges for feeding.

Kingfisher's can be spotted on many of our Shropshire waterways either by its vibrant colours or distinctive chirp. It is important to ensure our rivers are healthy as they are sensitive to pollution and so are the fish and invertebrates that they feed on.

There are 51 different types of mayflies but the main types that you will find in rivers are the burrowing, swimming or flattened mayfly nymph. Mayfly nymphs and the mayfly adults emerging from the water are a vital source of food for many other freshwater creatures, especially fish such as trout and salmon. Mayflies and other riverflies, help ensure that our rivers, lakes and streams are home to a rich variety of wildlife. Mayflies start life as an egg on the riverbed before hatching into a nymph. The nymphs feed on algae and other vegetable matter for up to two years, before emerging from the surface of the water as an adult, living no more than 24 hours. Mayflies can be seen by turning over stones, loosing gravel and catching them with a net or simply watching them leave the water as an adult. 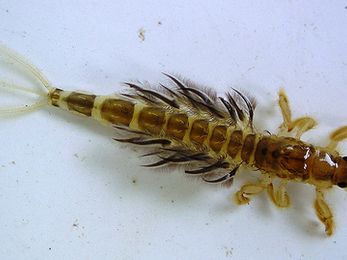 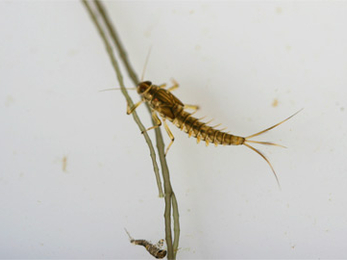 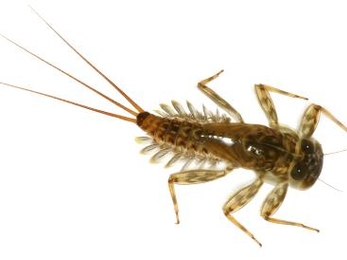 The dipper is a medium-sized, black and white bird often seen along the waters edge in a river or stream, bobbing up and down. Dippers are unique in the songbirds, for their ability to wade, swim and dive in running water. They can be found in upland and lowland areas and feed on underwater invertebrates such as stonefly and caddis fly larvae. Dippers lay their eggs in March – April and are known to use the same nest site for generations. One nest has been used for more than 120 years. Therefore maintaining their habitats is key for them to breed successfully. Dippers are often found on shallow brooks and have been spotted at several places across Shropshire including the Rea Brook in Shrewsbury and Habberly Brook.

The otter is a secretive and elusive predator who primarily feeds on fish, amphibians and crustaceans. They are powerful swimmers and are specially adapted to water with webbed feet, dense fur and the ability to close their ears and nose when underwater. Otters have their cubs in underground burrows known as Holts and after 10 weeks they are ready for the water. Otters require clean rivers, with an abundant source of food and plenty of vegetation to hide their secluded Holts.

Otter populations are fragmented throughout England but there have been many sightings in the River Severn, Shropshire. To find out more about our otter project and wider rivers work to improve water quality for all river wildlife, visit our Rivers Hub webpage. Also we are encouraging people to record any signs of otters including spraint (faeces), footprints or sightings. Please get in touch by visiting our page: https://www.shropshirewildlifetrust.org.uk/rivers/shropshire-otter-reco… 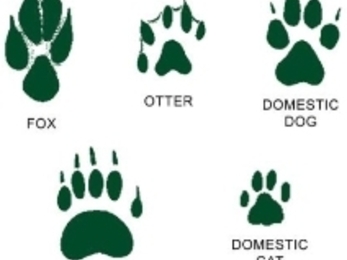 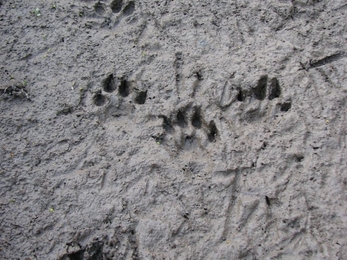 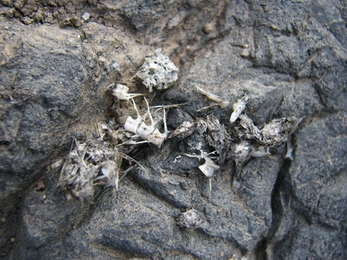 The Grey Wagtail is a common bird of fast-flowing rivers and can be found in high densities in the hills of England, Scotland and Wales. They can often be confused to yellow wagtails but it is important to remember that yellow wagtails are brighter and have a more greenish plumage than the greys. In winter, they move to lowland areas and can be spotted in farmyards and even in towns. Grey Wagtails eat ants and midges that they find beside rivers as well as snails and tadpoles they find in shallow water. They nest near the water in hollows and crevices lined with moss and twigs.

There are nine species of pond skater in the UK, which range from 1-2cm in length. Often seen in large groups, they 'skate' around on the surface of the water in ponds, lakes, ditches and slow-flowing rivers, feeding on smaller insects which they stab with their sharp mouthparts or 'beaks'. The Common Pond Skater emerges from hibernation in April and lays its eggs. Hatching soon after, the nymphs go through a number of moults. Common Pond Skaters have water-repellent hairs on the bottom of their feet, enabling them to walk on the surface film of the water. They hunt by detecting vibrations in this film.

Atlantic salmon are large fish which are found in the cleanest of rivers, mostly in the north and west. It is an anadromous species meaning that they can live in freshwater as juveniles but migrate to sea as adults before returning to spawn in the same stretch of river in which they hatched. They travel upstream from November to February and can be spotted jumping over weirs and waterfalls. Shrewsbury weir in particular is a good spot to watch. Atlantic salmon spawn on gravely beds which allow them to create a small depression known as ‘Redds.’ Juveniles stay in freshwater for up to six years after feeding on invertebrates and small fish. They then make morphological changes which allow them to survive saltwater and go back to sea. Around 90-95% of salmon survive after spawning but the majority die due to exhaustion. The rivers team are helping to make rivers cleaner and remove unnecessary weirs to aid the Atlantic salmon's journey upstream migration.

The Water vole is one of our most vulnerable mammals at risk of habitat degradation and predation by non-native American mink. They live along rivers, streams, ditches, ponds, lakes and areas of wet moorland. Water voles like to sit and eat in the same place, so piles of nibbled grass and stems may be found by the water's edge, showing a distinctive 45 degree, angled-cut at the ends. 'Latrines' of rounded, cigar-shaped droppings may also be spotted. Water voles start to breed in spring, having three to four litters a year of up to five young.

Trout are widespread in England and vary in size from medium to large. The Brown Trout lives in fast-flowing, stony and gravelly rivers and can been seen in all months. It is a predatory fish, feeding on insect larvae, small fish and flying insects, such as mayflies and damselflies. Spawning occurs between January and March when females (accompanied by a number of males) lay their eggs on gravelly beds. Fertilised externally, the eggs are buried in the gravel. The young fish, called 'fry', hatch and feed on the nutritious yolk sac before moving on to feed on invertebrates.

All of the wildlife including us depend heavily on clean and healthy rivers. Less than a fifth of England’s rivers are healthy, and climate change is putting more pressure on them. Our rivers need help.

Every year the Rivers Team host an annual Love Your Magnificent Severn Campaign and this year it is back with more support than ever before. The campaign involves litter picking our rivers free from plastics, rubbish and general undegradable items through Shrewsbury, Ironbridge and Bridgnorth.

Last year over 5,000 items of litter was collected from the River Severn and this staggering statistic was used to inform further direct action against plastics and rubbish in our streams. We also aim to encourage community groups, organisations, riparian land owners, farmers and individuals across the County to carry out their own river clean up whether big or small.

This year we have been part funded by Shropshire Middle Severn Catchment Partnership, sponsored by Lyreco and joined by many canoe clubs such as British Canoeing, Team EA, Shrewsbury Friends of the Earth, Bridgnorth against Pointless Plastics and many others.

The event will be launched at Shrewsbury’s River Festival on the 2nd of June followed by a river litter pick down the River Seven on the 11th, 12th and 13th of June. The final litter pick will be held in Whittington castle on the 23rd of June. We have 20 community litter picking kits to give away and are encouraging as many people as possible to get involved and do your bit for our rivers and wildlife. For more information on how you could get involved or to enquire about our litter picking kits, please go to https://www.shropshirewildlifetrust.org.uk/rivers/love-your-magnificent-severn or email mailto:rivershub@shropshirewildlifetrust.org.uk.

Flooding - it's only natural

As Shropshire reels in the face of another flood surge it’s time to think about the causes and solutions. All too often we forget that…

International Walk to School Month - Why walking is better for rivers.

October is the International Walk to School Month.
Walking to school is great for children's health and their sense of…

All rivers flow to the sea

Over the last two weeks we have been celebrating National Marine Week, highlighting the wonderful wildlife found in UK seas. However,…