Martin George gives a background to the dawn chorus and what it means to him.

The first Sunday in May is International Dawn Chorus Day, first established informally over 30 years ago by Chris Baines, the urban and wildlife gardening author, broadcaster and academic. It’s a chance for people in the UK to and all around the temperate region of the northern hemisphere to celebrate one of nature’s greatest displays.

Why a dawn chorus? It’s thought that male birds sing as it’s starting to get light to let neighbours know that their territory is still being defended, and also to advertise their availability to females in the area. Silence might suggest that the territory owner has been taken by an owl overnight and, despite the fact that the most common songsters are technically monogamous, many females will seek out discrete, early morning “extra pair copulations” to increase the genetic mix of their offspring.

As the daylight strengthens it becomes easier to spot potential predators, invertebrate prey become more active, and the focus shifts to feeding, especially when there are nestlings to find food for. Great Tits are known to bring food to the nest site around 10,000 times before the brood fledges, which doesn’t leave much time for singing!

I love the dawn chorus because it gives me a connection with the world beyond my own experience, in a way that remains hidden and out of reach to many. I find it comforting, like welcoming old friends from far away that I haven’t seen for a long time. A distant burst of scratchy Whitethroat song makes me think of the scrubby Sahel region on the other side of the Sahara. Drought conditions and human influence from over-grazing can seriously reduce survival, so I always think “Welcome back, at least you made it through another winter”.

If you’re not familiar with Ted Hughes’ ‘Swifts’ now is a great time to read it. It starts with the excitement of realising the Swifts have finally returned and includes the memorable lines

“They’ve made it again,

Which means the globe’s still working, the Creation’s

Still all to come.”

The best place to experience the dawn chorus is in an area with several different habitat types. An oak wood is good, an oak wood on the edge of marsh and heath is even better as you can hear birds that specialise in each habitat type. Obviously the lockdown restrictions limit our options this year, but for most of us there will an area with a mix of habitat with a ten-minute walk from home.

As many people who are working from home for the first time have discovered, it’s also possible to participate during lockdown without the need to get dressed! If the idea of being up and about before 6:00 am is a bit much for you, just open the window and listen from the comfort of your bed.

It’s almost impossible to learn bird song without hearing the sounds, but here are the main players to listen out for:

Usually described as a repeated “teacher-teacher” song, they are notoriously variable, sometimes adopting three or even four-note couplets.

If there are conifers present you may hear the similar song of the Coal Tit, which is best described as a higher pitched, “thinner” and often more rapid version of the Great Tit, with the two notes slurring into each other.

A contender for “most beautiful garden bird song”, Robins typically sing in very short verses that bring to mind terms like liquid, bubbling or rippling. It’s one of the easier songs to remember as, after a gap in late summer for the annual moult, both sexes will sing a more wistful version of the song to guard their territories during autumn and winter, before pairing up and reverting to the male’s “summer song” in early spring. Robins will also sing through the night if there is any degree of light pollution, sometimes causing people to think they have a Nightingale outside their house.

A loud, explosive, series of rattling notes, ending with a trill and often repeated just moments later. It’s a series of over a hundred notes and quite fascinating to listen to when slowed down to a more human pace, like a languid song. On dawn chorus walks people often refuse to believe that the volume is produced by Britain’s second smallest bird (after the Goldcrest).

An under-rated song that I find very attractive, particularly on sunny days in January when it gives a promise of better days to come. It also hints at the hidden complexities of such a seemingly dull bird, as they have a fascinating social structure that would have shocked Victorian naturalists!

Right up there with the Robin in terms of sheer beauty, the Blackbird’s song is slow, languid but ends with a flourish, and often delivered from a high point such as the top of a tree or the ridge tile of a house.

An easy one to identify, it’s a bit like a Blackbird’s song but, crucially, each phrase is given two, three or four times in quick succession before moving on. That repetition is the key factor for identifying this species.

My personal favourite, a beautiful, liquid melody raises my spirits whenever I hear it. Some people describe it as the “poor man’s nightingale”, which seems a worthy title.

It’s quite rewarding to learn the songs of the most common birds near you. Not only does that tell you which birds are around, but it can help you to identify new or unusual arrivals simply by recognising that it’s an unfamiliar song. It’s a fairly straightforward challenge, and it’s important to know that:

The British Trust for Ornithology has created a #BirdSongBasics playlist of helpful videos to help you identify the birds you hear, each typically focusing on just two species. Click here to visit their website

Don’t forget that it’s also fine to just listen and simply enjoy the experience. It’s like hearing the northern hemisphere breathe out after the long, dark winter, and we can all benefit from that sense of peace and continuity in these troubled times. 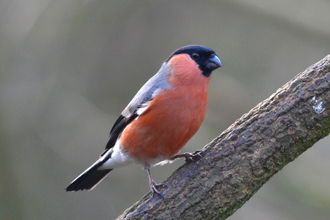 A variety of birds visit garden bird feeders, but which ones have you spotted? 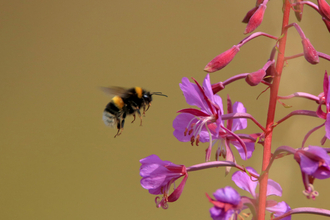 Campaigning for nature's recovery in Shropshire

Wildlife Trusts across the UK have a strategy to expand the area of land where nature can flourish to 30%. 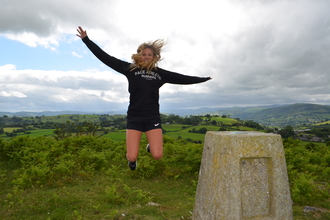 Letting nature into our lives brings an array of benefits for our physical and mental wellbeing.

There is nothing quite so magical as stepping into a wood in early May, and finding yourself in a sea of bluebells. Dr Cath explains…

Spring is the time the country comes alive with birdsong, but why do birds call and how? Find out more from Dr Cath Price.

House sparrows have lived alongside humans for thousands of years. Our Engagement Officer Dr Cath, explains more about them.