One of the most distinctive tors along the Stiperstones ridge

Know before you go

Footpaths around the reserve, rocky and slippery so take care

Open at all times

The Stiperstones is one of Shropshire’s wildest places with craggy tors and rost-shattered  quartzite boulders  strewn on the ground. While a large part of the heathland ridge was designated a National Nature Reserve in the 1960s, areas outside its boundaries were engulfed by the fashion for conifers. Large blocks of spruce and fir were planted, blocking out views and destroying the places where red grouse, curlew, skylark, grayling butterflies and emperor moths once lived.

Some years ago Shropshire Wildlife Trust teamed up with English Nature (later Natural England), the Forestry Commission and others to restore heathland across the Stiperstones ridge through a project called Back to Purple. Today most of the conifers have gone and the purple flowers of heather along with juicy, dark whinberries have reappeared.

When the emperor moth caterpillar can creep from one end of the Stiperstones ridge to the other, the Back to Purple project will have achieved its original aim. The scheme has spurred on the felling of hundreds of acres of conifers planted in the 1960s and given heather and whinberry a chance to return. Conifer plantations were felled at Nipstone in 2001 and 2006 and the speed of recovery has been amazing. Already drifts of purple heather and bilberry are back, skylarks and meadow pipits nesting among the tussocks. An 11-acre swathe of oaks, rowan and ash has been planted, creating new foraging habitat for bats and birds. 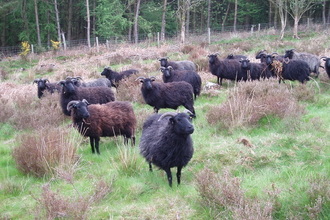 Our sheep and cattle help us so much with maintaining flower-rich grasslands and heather heathland. 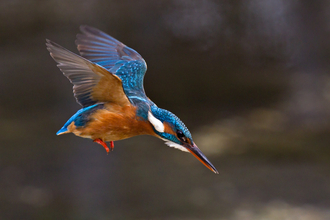 Shropshire Wildlife Trust protects and raises awareness of wildlife and wild places across Shropshire, but we need your help. 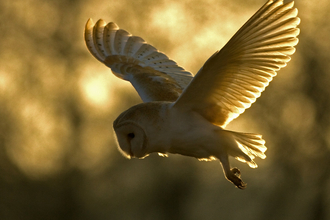