What could you see this month?

We love seeing your photos, please tag us on social media and connect with others!

If you have any photos you would be happy for us to share then feel free to email us: marketing@shropshirewildlifetrust.org.uk

We have over 40 Reserves across the county, here are 3 of our favourites to visit at this time of the year. 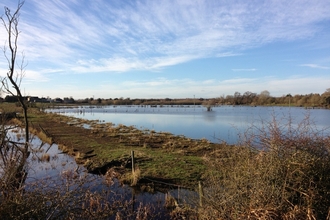 A birdwatching hotspot on the edge of Whixall Moss. 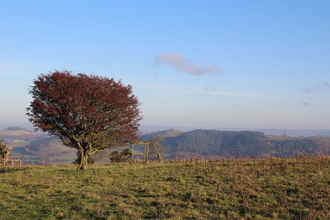 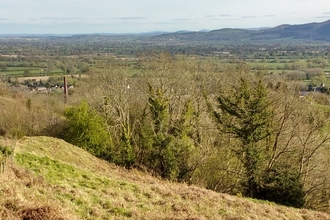 For an easy winter walk with magnificent views head here.

Find out which species to look for this month.

It's a great season for bird lovers with the addition of our winter migrants, and some fierce fights over territory are underway!

During winter, goldfinch roam about in flocks of up to 100 birds, searching for food, including thistles and teasels. However, some of our UK birds will migrate as far south as Spain to avoid the worst of the harsh weather. Did you know, a flock of goldfinch is called a charm!

Robins become prominent in our gardens. They are usually territorial, but become more so as it gets colder. They mark their territory both by singing and posturing to rivals.

Look out for waxwings who love berries! They can be found feeding in hedgerows at supermarket car parks. Every few years there’s what’s known as an irruption, when large numbers of waxwings arrive in the UK. Irruptions happen when the continental population is too large for the amount of food available, generally because there has been a successful breeding season. The birds flock here instead in search of food and we get a real winter treat. 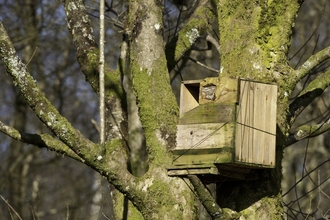 After the end of each breeding season, all nestboxes should be taken down & scalded with boiling water to kill any parasites. 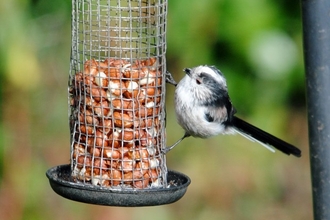 Although birds need feeding all year round, during the colder months they rely on our feeders to build up fat reserves to survive winter. 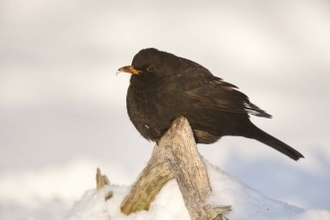 Make a Christmas wreath for the birds!

With food, water and shelter scarce over the winter months, give your garden birds a treat with an edible Christmas wreath.

Starling murmurations are magnificent to witness. 1000's of birds come together swirling in the skies before heading to their night time roost. These usually begin to form in November but can begin as early as September with flocks building as the weeks go on. They do this for many reasons including, safety in numbers - predators such as peregrine falcons find it harder to pick off an individual birds. It also allows them to stay warm and to exchange information. Last year there was an impressive starling murmuration at Whixall Moss above the Charles Sinker Fields.

Round clumps of mistletoe silhouetted against the sky are an iconic winter sight. If you can get close enough, check whether you’re actually looking at mistletoe or a witches broom, which is actually a type of gall!

Mistletoe is highly poisonous, but you might see mistle-thrush, fieldfare and blackcap eating the white berries, as they have evolved to cope with its toxic effect. The seeds are coated with a sticky substance called viscin which glues them to the branches, ready to germinate around April.

This is the busiest time of year for foxes, in that they move around more than in any other season. Look out for them in pairs – this is breeding season and the male doesn’t leave his vixen’s side as he waits for her to come into season.

If you don’t see them, you will surely hear them, as both sexes call to attract mates, and males will trespass on others’ territory looking for vixens, sparking fights.

The hooting calls of the tawny owl can be heard from late autumn through the winter months. They are re-establishing territories and pair bonds, and this year’s brood are leaving home to establish their own patch.

Listen out for the 'keewik' call of the female and the 'hooo-huhuhuhooo' of the male (twit-twoo!) - particularly at dusk.

The winter may feel chilly to us, but for waders nesting in the Arctic, Britain is positively balmy. Every autumn the tundra wastes and taiga boglands empty, and wading birds head for our food-rich estuaries and inland lakes in astounding numbers.

Species likely to be seen are teal, lapwing, oystercatcher, mallard and tufted duck.

Looking for things to do with the kids this winter? Download your family winter wildlife activities guide